Cloth diapering 101: Why we chose to use cloth

I can remember when I found out that my mom was cloth diapering my brother how disgusted  I was, thinking "Why would anyone want to do THAT???  That must be SO gross!" (Sorry, Mom!  I still love you!).  Now that I am using cloth diapers (CDs) on our kiddos, this is the most common reaction I hear from anyone who finds out that we use CDs.  Why would anyone want to make the switch from disposables, which are so convenient?  All you have to do with disposables is fold them up, throw away the mess, and forget about it, right?  WRONG!

Did you know that it takes an estimated 200-500 years1 for ONE disposable diaper to decompose once it has entered a landfill?  That means that all the disposable diapers I used on my child this year would still be in a landfill long after myself, my child, my grandchildren, my great grandchildren, my great-great grandchildren, and possibly even more of my future descendants lived and died!  One of the main reasons we switched to cloth is because we cannot stand the fact that trash we are throwing away now will impact future generations for hundreds of years.  And if the fact that those diapers will just be sitting there for all those years isn’t disturbing enough, then you probably don’t even want to think about the chemicals that are found in disposables leaching into the soil and water found near landfills.

Disposables contain numerous toxic chemicals that are not only bad for the environment, but are extremely hazardous to the health of the infants wearing them.  One of the most frightening chemicals, in my opinion, found in disposables is called dioxin, which is a carcinogen listed by the EPA (Environmental Protection Agency) as THE MOST toxic of all cancer causing materials, and is actually banned in most other countries2.  Other toxic chemicals such as sodium polyacrylate3 and Tributyl-tin (TBT)4 have been known to cause issues such as hormonal problems, increased scrotal temperatures in male infants (which can ultimately cause infertility), rash, increased growth of toxin-producing bacteria, and that is only the tip of the iceberg when it comes to the health problems disposables can cause!  One of the articles even mentioned that TBT was shown to kill marine life such as algae and mussels when administered in very small quantities, and for that reason it is included in paint designed for ships to stop the growth of algae and mussels on their hulls.  And you want me to put that on my children???  I don’t think so!

One of the final factors that led to our decision to switch to CDs was cost.  We were using up about a box and a half of disposables a week (our first was a pee monster :D ), which was running about $30.00 per week (1 box of Pampers = $19.98.  $19.98 x 1.5 boxes per week = $29.97).  That meant that had we continued to use disposables, over the course of just the first year alone, we would have spent about $1558.48 just on diapers!  When you figure that an entire stash of amazing, high-quality cloth diapers (more on diaper types and costs, as well as how to determine the number of diapers you will need in the next posts in this series) would cost a little more than 1/4 of that (I am figuring this percentage based on purchasing name-brand, unused diapers, the cost saving can be even greater if you buy used and/or make your own…more on that later!), AND they can be reused for all of your children, then it absolutely makes no sense to continue literally throwing money in the trash!

As you can tell, I am quite passionate about cloth diapers.  It is my hope that if you are considering cloth diapers, and even if you haven’t ever considered them, that you can use this blog as a source of information to help you in making the switch to cloth.  As I stated above, I will be doing at least 2 more posts in this Cloth Diapering 101 series-Types, Costs, and How many to buy, as well as Care and Maintenance.  Please let me know any questions you have by commenting below, or by e-mailing me at wifemamateacher@gmail.com.  Take care!

3 Armstrong, Liz and Adrienne Scott   Whitewash: Exposing the Health and Environmental Dangers of Women's Sanitary Products and Disposable Diapers, What You Can Do About It. 1993. HarperCollins.

Email ThisBlogThis!Share to TwitterShare to FacebookShare to Pinterest
Labels: mama 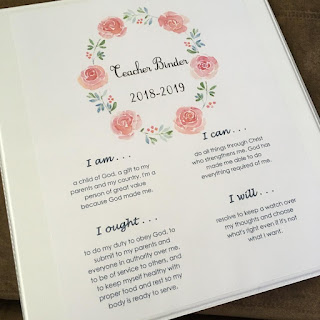